Seeing Nutrient Deficiencies in Your Crops?


According to a recent Montana Ag Alert, the Schutter Diagnostic Lab at M.S.U. is seeing a lot of nutrient deficiencies.  With most of Montana being cooler than normal in April, the release of nutrients has been slower from organic matter, the movement of immobile nutrients (like phosphorus and iron) has been reduced, and cold stress has resulted.  Both phosphorus deficiency and cold stress can cause purpling in plant tissue.  In addition, our rainy stretch several weeks back could result in root rot, further decreasing nutrient uptake, and often resulting in deficiencies of nitrogen (yellowing from bottom) and iron (interveinal chlorosis).
As temperatures warm, cold stress symptoms will likely disappear quickly, but recovery from compromised root systems from root rot and excess moisture stress may continue to be a challenge.  With low commodity prices, it's hard to think about a fertilizer rescue treatment, but some of the crops may need just that.

Applying nutrients that may already be in the soil but aren’t being taken up because of the cold, would be waste.  If you’ve fertilized with adequate nitrogen this winter or spring, and applied both potassium and sulfur with your seed, that’s likely the case.  However, if you’ve seen higher than normal stored moisture, and obvious nitrogen deficiency, a small amount of nitrogen fertilizer (15-25 lb. N/acre) may be needed if nitrogen was applied last fall and has moved below the seedling root zone, or if nitrogen hasn't been applied this spring.  Nitrate can also be lost to the air as nitrogen gas when soil is close to saturated.  Similarly, if you did not apply potassium chloride or sulfur, then a chloride or sulfur rescue treatment may be warranted.  A rescue treatment for sulfur is to apply 3-5 units of granular ammonium sulfate or a liquid sulfur formulation.  A rescue treatment for chloride deficiency is approximately 5 lb. chloride/acre as a liquid or granular potash.


Soil testing and tissue testing for suspected limiting nutrients, focusing on the mobile nutrients of nitrogen, sulfur, chloride, would provide the information to know if a rescue treatment would be useful.  If a nutrient is low in both soil and tissue, then contact your local Extension office as fertilizer options can be discussed.  Make sure to use a lab that can deliver a fast turnaround AND provide nutrient sufficiency ranges for your current crop’s growth stage.  Your local Extension office has a list of laboratories in the region as well.
With continued high wheat protein discounts and higher yield potentials in the wetter areas of the state, it may be the perfect year to consider a 2nd nitrogen application to avoid a double blow at the elevator.  Nitrogen applied before stem elongation can increase yields, while nitrogen applied near flowering can boost wheat protein.  In the drier areas, it's best to see if April's rainfall patterns are going to persist into May before considering any additional fertilization. 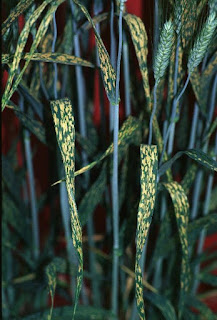 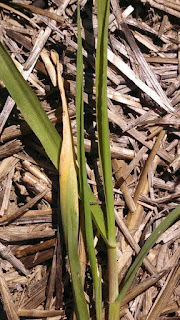 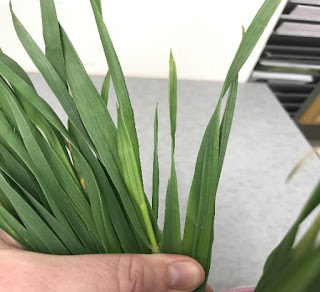 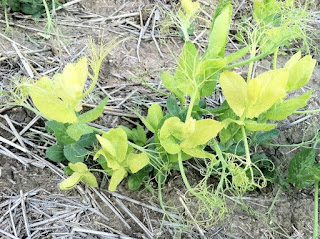 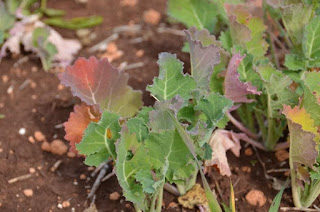